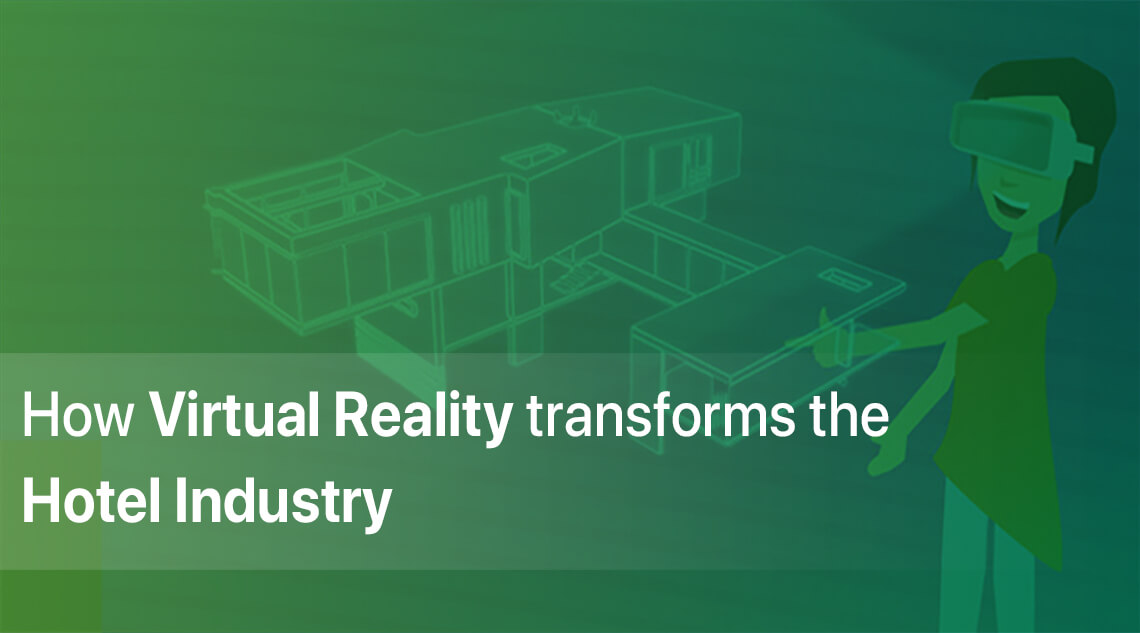 Virtual reality is one of the hottest buzzwords in the hotel industry. It presents a new platform for engaging current and potential guests and marketing the best that a hotel has to offer in a fresh way.

One of the hottest buzzwords in the hospital industry and technology today is a Virtual Reality (VR). It is a natural progression following the web’s love of video and how it hopes to bring a realistic interactive video to life. The technology was first conceived by science fiction writers seven decades ago. Nonetheless, the term as know today was popularized during the 80’s by VPL Research that developed and sold the first VR technology. However, there was a more commercial appeal to developing the internet, and the fledgling industry turned its concentration toward equipment for flight simulators, medical, military training and auto design. Virtual Reality came into the spotlight fast as companies such as Samsung released new technology and FB announced they had a social virtual reality team. It comes as no surprise that everyone wants to talk about their plans for the future for the new technology.

These days, from Hilton to Best Western to Marriott are focusing on custom software development for Hotels and building new experiences for guests. The virtual and augmented reality trend in the industry is in its infancy. With the present technology state, only big brands such as Hilton and Marriot would be able to capitalize on the experience. Nonetheless, it is expected that technological adoption will be quick and soon more widespread solutions will be available. It is fun and at the same time interesting to see all the new technology entering the hotel and hospitality environment. Virtual Reality isn’t new. Its roots go back over three decades. Early efforts were hampered severely by poor graphics, clunky headgear and very noticeable lag times. Often, the effect was unpleasant, even recently it has been a challenge if the hardware and software could not keep up. It is, however, fortunate that the hotel industry learned from those experiences and the technology has advanced dramatically.

For tourism and hotel industries, VR offers an attractive way of putting prospective guests inside their walls and beyond. One good example is Marriott International that took advantage of the technology with the ‘Travel Brilliantly’ campaign.

As part of the campaign, the hotel unveiled big booths at its New York City branch wherein guests can virtually walk the beaches Hawaii or climb to the top of London’s Tower 42. Along with sight and sound, users were immersed with heat, scents, and mist on their faces. The company is hoping that people would be inspired by the experience and decide to book a trip. Another aim of the campaign was helping the group to create credibility with the younger and usually more tech-savvy travellers.

Although the full extent of VR utility has yet to be seen, it looks like VR is only going to be more pervasive in the years to come. A sizeable part of potential customers would be walking around with their own VR systems. In the same manner that mobile devices have become a given, Virtual Reality messaging can potentially be the primary means of reaching the audience. Moreover, just like mobile technology, hoteliers interested in reaching prospective guests will have to find a way to make their message heard over the crowd’s roar. Concepts that are enticing one day would become commonplace the next, and those who could craft eye-catching, original content will be the voices that are heard.

Consumers need plenty of information on their travel purchases. Virtual Reality will have a tremendous impact on the sector. A traveller could put himself right there on the spot or in the activity to see if it meets his needs and wants. In the business, it is very important to set the right expectations, and VR and augmented reality could paint a clear picture. Simply put, VR will help leave a little to the imagination, but in the best possible way. At its core, the technology is entertaining and possibilities appear endless. Hotels and other hospitality companies could use VR to show people what local attractions and activities look and feel like. It could offer an unequalled example of what a guest could expect and takes away the uncertainty that travelers may have. When people travel, they are out of their element and VR could help make them feel more comfortable.