1. Introduction of Both the Databases

Traditional databases whether it is SQL or No SQL databases, all of these have updated their conventional approach for data storage. You as a business will see how the data storing capabilities have evolved with time. Now, storages are no longer tabular-based. There are a plethora of ways through which you can execute, and manage your databases.

Apache Cassandra and Apache HBase are two popular database model types that can be used to store, manage and extract information making the best use of data. But if we are comparing Hbase vs Cassandra then, there is something they have in common. Not something, many things. They look identical and possess similar characters and functions. However, if you look at it deeply, you’ll find major differences in the way they function. That’s what we’ll discover here. Before going any where else lets see what professionals at Quora is recommending us.

Unlike Quora, users of Stackoverflow are discussing in more logical way about HBase and Cassandra.

Like some of the databases use big data applications and some of them use schemas, wide columns, graphs, and other documents from the stores. All this has now changed to a widely used in big data and real-time web applications. In this blog post, we aim to bring forward the difference between the two- Hbase and Cassandra databases and will be discussing a detailed comparison between them in terms of architecture, support, documentation, SQL Query language, and several other details. Motive of this post is to give more information and insights about these two databases so that software development companies and business owners can easily select between these two. So, without much ado, let’s get started.

2. What are Hbase and Cassandra?

To start with, Hbase has its renowned way to manage data. This model is popularly used to provide random access to a large amount of structured data. It is column-oriented and built on top of the Hadoop distributed file system. This application works in real time and can be used to store data in HDFS. Hbase is an open-source distributed database that allows for simpler ways to eliminate data replication. There are other essential components of Hbase which include HMaster, Region Server, and Zookeeper. According to GitHub data of HBase , Github Stars is 4.6K and GitHub Fork – 3.1K.

Cassandra is designed to handle large amounts of data across multiple commodity servers, ensuring high availability without failure. It has a distributed architecture that can handle large amounts of data. To achieve high availability without failure, data is distributed across multiple machines using multiple replication factors. According to GitHub data of Cassandra, GitHub Stars is 7.5K, GitHub Fork is 3.2K.

These were just some introductory aspects, we will now be discussing the actual difference between HBase and Cassandra.

Of the many database management systems, HBase comes with master-based architecture, whereas Cassandra doesn’t have a master thus it is a masterless one. It means that HBase has a single point of failure, whereas Cassandra does not. The Apache HBase client communicates directly with the slave-server without contacting the master; this provides a working time when the master is unavailable.

The dependent data models on which Hbase vs Cassandra works are slightly different. While it might sound the same for both the databases more or less, there are some primary differences between the two- HBase and Cassandra.

Hbase works on column families and there is a column qualifier that has one column and a number of row keys. When it comes to Cassandra query language, it also has columns just like the Hbase cell. Cassandra is also a column-oriented database.

One of the Cassandra key characteristics is that it only allows for a primary key to have multiple columns and HBase only comes with 1 column row keys and puts the responsibility of the row key design on the developers. Also, Cassandra’s primary key contains the partition key and the clustering columns in which the partition key might contain different columns.

If it comes to performance and we are comparing Apache Cassandra and Apache HBase, then we must consider other points too. The read and write capability for both types of models is taken into account. According to a research conducted by Cloudera, here’s what they’ve found.

HBase and Cassandra on-server write paths are nearly identical. Cassandra has some advantages over HBase, such as different names for data structures and there are multiple servers for Cassandra to act and implement. The fact that HBase does not write to log and cache at the same time.

Secondly, when it comes to the option to read, Casandra is extremely fast and consistent as well, while HBase has a way to go and it is comparatively slow. Hbase is slow because it only writes into one server, and there is no facility for comparing the data versions of the various nodes. Even though Cassandra can handle a good amount of reads per second, the reads are targeted and have a high probability of being rejected.

In comparison to read and write operations, Cassandra has a winning hand.

If we are talking about infrastructure then we are speaking of all the tools that play a pivotal role in maintaining high infrastructure. When we see HBase, it utilizes the Hadoop infrastructure, which includes all the moving parts such as the HBase master, Zookeeper, Name, and Data nodes.

When we see Cassandra, it comes with a variety of operations and infrastructure. In addition to the infrastructure, it employs various DBMS. Alongside this, we can find many Cassandra applications to make use of Storm or Hadoop. Furthermore, its infrastructure is built on a single node type structure.

Security of the data is an important aspect for HBase as well as Cassandra. Unlike others, here all NoSQL databases have security issues. One of the main reasons for businesses to secure data is to make a performance at par so that the system doesn’t get heavy and inflexible.

However, it is safe to say that both databases have some features to ensure data security: authentication and authorization in both, and inter-node + client-to-node encryption in Cassandra. HBase, in turn, provides much-needed secure communication with the other technologies on which it is built.

Access to each cell level is offered by Hbase. It majorly focuses on collaborating with administrators and taking charge of all visibility labels of sets of data. Concurrently, it will inform user groups about the labels that can be accessed at the row level. Cassandra access labels at row level and assigns responsibility and conditions.

Both languages are JRuby-based, and the HBase shell is also no different. Cassandra as a query-based language is very specific. CQL is modeled in the same line of SQL. Compared to HBase query language, you will find more features in CQL and it is far richer in terms of functionalities.

3. Similarities Between the Two

Now that we have seen the difference between the two distributed databases, it is equally important to see what makes these two the same models. Yes, this comparison between HBase vs Cassandra query language was drawn to enlighten how they are different. Now, in the next section, we will see what makes them identical.

HBase and Cassandra are both open-source NoSQL databases. Both these technologies can easily handle large data sets as well as non-relational data such as images, audio, and videos.

HBase and Cassandra both have high linear scalability. Users who want to handle more data can do so by increasing the number of nodes in the cluster. Since there is flexibility for both nodes, you can use any of them individually in different scenarios. The result will be the same, there won’t be any efficiency concerns.

Both these types of models- HBase and Cassandra have robust security to prevent data loss even after the system fails. So to avoid duplication factors, there is a specific mode. Through the replication mode, this can be accomplished. Data written on one node is replicated across multiple nodes in a cluster.

Both databases are column-oriented and have similar writing paths. So, what acts as a primary source are Columns for primary storage units in a database. As users can freely add columns as per their needs. Also, the correct path begins with logging a write operation to a log file. It is primarily done to ensure durability.

Can you choose between your two hands that look exactly the same? Well, they are definitely not twins. Hbase and Cassandra both non-relational databases are identical yet so different from each other. Though there are similar areas, many differences are there that make each one of them unique in its own way. Like both have their pros and cons. We know that Cassandra excels at writing, while HBase excels at intensive reading. If there is something Cassandra is weak at then it is data consistency, and HBase has an upper hand in data availability. We see both attempts to eliminate the negative consequences of these issues and stand together with the positive ones. 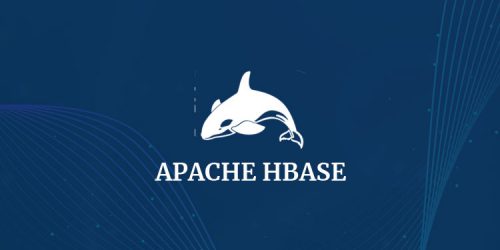