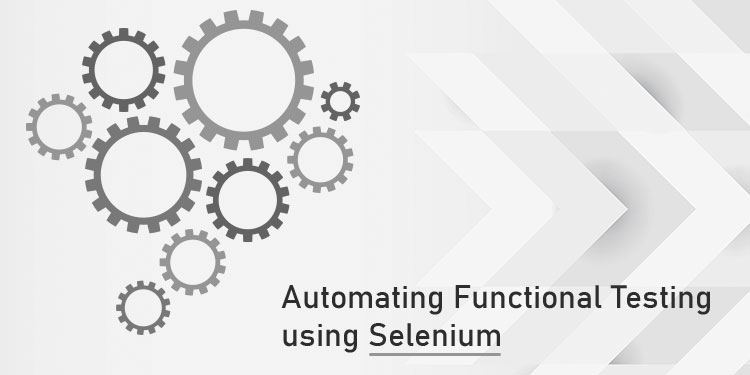 In today’s highly competitive age, the market is getting flooded with loads of software and mobile apps that are launched and upgraded regularly. It becomes critical for a software or app to make a good first impression on the users without sacrificing the quality of the product. Just a single crash of your application can prompt your customers to move on to your competitors. To avoid such fickle user behavior and drive consumers, it is important to define a software testing strategy to present a bug-free software or app. This will make a long-lasting impression on the users that caters to their instant gratifying nature.

Today, many, perhaps most, software applications are written as web-based applications to run in an internet browser. Every software testing company follows a different testing methodology, hence, the effectiveness of testing these applications also varies widely. Every organization needs to have an effective functional software testing scenario for ascertaining that their software products meet business requirements and are producing the expected end-user results.

What is Functional Testing?

Functional Testing means, testing the software application against the business requirements to ensure that all features are functioning as expected. As the users are now vertically focused, therefore, functional testing is executed based on the user’s perspective to confirm optimum coverage and minimize the risk of potential bugs. Functional Testing typically involves black box testing, where quality assurance experts focus only on software functionality without testing the internal code structure. This type of testing focuses only on software requirements and specifications, i.e. the structure of the system is not considered; only the functionality and behavior of modules are tested. Functional Testing is critical to any software, as it verifies that it is ready for release.

Selenium is a web testing tool that uses simple scripts to run tests directly within a browser. In simple terms, “it automates browsers”. It is a portable software testing framework for web applications that provides a record/playback tool for authoring tests without learning a test scripting language (Selenium IDE).

It also provides a test domain-specific language (Selenese) to write tests in a number of popular programming languages, including C#, Java, Groovy, Perl, PHP, Python, and Ruby. The tests can then be run against most modern web browsers. Selenium can be deployed on Windows, Linux, and Macintosh platforms.

Why Should Selenium be used for Functional Testing?

In an era of highly interactive and responsive software processes, global enterprises face the challenge to improve performance and resolve critical issues. Many organizations have adopted Agile methodologies to meet the requirements. Test Automation is the cornerstone of Agile development which has become a requirement for software projects. Test Automation means using a software tool to run repeatable tests against the application to be tested. For regression testing, it provides responsiveness.

To save on the high cost of automation testing tools, Selenium is an open-source testing tool available free with infinite reach and unlimited capabilities for test automation. Unlike other available tools, selenium can be downloaded directly from its website.

Selenium Integrated Development Environment (IDE) is a Firefox plugin that allows software testers to record their test scenarios that can be used to develop test cases. It gives a simple Graphical User Interface (GUI) for recording user actions using, which can be used to learn how to use Selenium. This is supported only on the Firefox browser.

WebDriver comes as an extended version of Selenium RC with superfluous advantages and addresses many of its limitations. WebDriver extends its support to many latest browsers and platforms, unlike Selenium IDE. WebDriver makes direct calls to the Web browser and the entire test script is executed in this manner. WebDriver uses the browser’s support and capabilities for automation.

Selenium Grid is a tool used together with Selenium RC to run parallel tests across different machines and different browsers all at the same time.

How to get Expertise in Selenium?

When to Use Selenium Automation?

Selenium can be used to perform repetitive functional and regression testing. Every organization wants to reduce its manual testing cost and thus has started using Selenium. This is an automation testing tool to avoid repeated manual work, receive faster feedback, reduce the cost of manual testing and save time on running tests repeatedly, and ensure that tests are executed consistently with the same preconditions and expectations.

Who should use it?