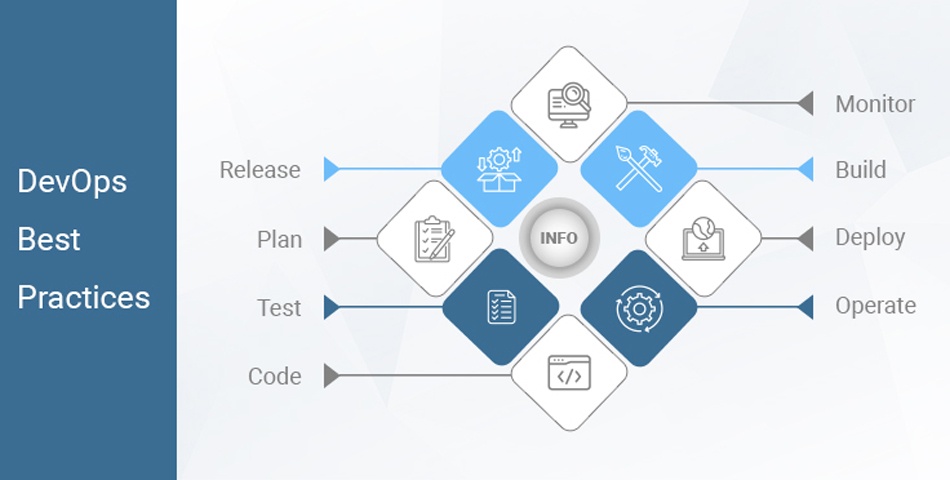 Aren’t we all surrounded by unique and distinct combinations that streamline and accelerate our daily tasks? Speaking from a technology POV(Point of view), some combinations are a blessing while some are just bizarre. One such gifted combination within the technology ecosystem is DevOps and there are generations who are thankful to this innovation. The acronym of DevOps is combining two major segments of the software development process – “the Development” side and “the Operations” side. Many businesses are under this belief that DevOps is a method that can be followed and your business will hit the high spots and everything will be sorted. But, it’s a misbelief we must say. There is a demand for consistent DevOps best practices to achieve desired results.

DevOps is about setting the cultural changes, practices, and integrating technologies that improves an organization’s capacity. The DevOps best practices within business will enable them to develop high-performing applications and services, allowing them to consistently evolve and enhance the products and development services at a rate that is faster than conventional software development methods and infrastructure needs. If you are a business wanting to streamline and automate your business then DevOps is for you and in fact this blog too. Explore till the end to find out the smallest information that makes you choose DevOps over any other app development process. In addition we have our complete tried and tested best practices for your business to apply within.

Statistics by Gartner on DevOps are clearly stating a constant rise in the SaaS market by reaching $117.7 billions in 2021 and will surpass all the limits in the upcoming year. If you have a question will this impact DevOps as a sector? Yes since DevOps works on the principles of CI/CD and that is the common process which pushes them to take up more virtual cloud environments for work.

Many businesses are cynical about whether to take up DevOps or not? It may be because they haven’t used it for their own business or could be because of lack of understanding or could be because of someone’s past experience or it could be even yours. But if your business has best DevOps practices in place, they can accomplish the results they dreamt of. To bring a resolution to this concern, we decided to bring forward all the tried and proved DevOps best practices

Agile project management and software development is an iterative method to add value in the process of software development for clients to receive faster outcomes with fewer hitches. Applying agile into your business process will increase release frequencies, the agile teams will be able to focus on delivering work in smaller increments rather than not meeting long-term deadlines. Continuous evaluation of requirements, plans, and results allows teams to adapt to continuous feedback and turn your pivot wherever it’s needed.

Here are some of the essential ideas for agile project management:

When you start to use DevOps for your business, you are inviting more collaboration and transparency with your team and system. DevOps helps you remove the silos or gaps between all teams like the team of developers, operations, and quality assurance. As a result, this method allows you to develop faster and deliver quickly to consumers. You can accomplish this degree of collaboration by transforming the mentality of the team’s culture and functioning. This will make them more focused on achieving a unified aim or set of goals.

If you want to meet your customer needs and expectations then both the teams- Developers and Operations engineers must know their responsibilities to make a smooth and effortless move towards the software development process. Development and operations become a component of everyone’s duties in DevOps, regardless of their individual team positions.

3. Build with the Right Tools

Can you separate rain and water? Similarly, you can’t separate automation from DevOps. A good DevOps methodology relies heavily on automation. In any DevOps-based organization, automating the process means you are holistically automating designing, testing, and delivering software that makes life easier for both developers and operations engineers.

As the business DevOps tools will always help you whether it’s in programming that records your performance metrics, sends out warnings when things go wrong, or gives you a broad view of your software development lifecycle.

Since DevOps has been in business, there has been considerable interest in the concept upon which it is based and well known as the CI/CD pipeline. To brief about it, continuous integration is a practice by software developers applying DevOps approach where they regularly merge source code into a centralized repository. On every merge on repository, the CI pipeline will kick-in the build and test operations. The CI pipeline usually gets the source code that is merged on the central repository, builds it on the build environment and runs a series of automation tests. Which enables the development team to get the feedback early in terms of bugs and be able to fix them early.

The continuous delivery pipeline usually allows teams to deploy software releases on test, stage or production environments as soon as the CI pipeline has produced a successful build. This also allows developers and quality assurance engineers to extensively perform testing, upgrades and identify the glitches or concerns ahead of time. Automating the creation and replication of many environments for testing, which was previously difficult to achieve on-premises, is now simple and cost-effective. DevOps orchestration tools are used to coordinate the CI/CD and other pipelines for automation of development and operations tasks.

In DevOps when teams use this “shift left,” approach  they include testing the codes  in the early development process. This way, rather than submitting numerous changes to a separate test or QA team, developers may resolve errors or improve code quality while working on the relevant area of the codebase by running a variety of tests during the development process. The ability to shift left is based on the techniques of continuous integration, continuous delivery (CI/CD) and continuous deployment. Shift left approach encourages teams to focus on early testing along with development, which enables teams finding bugs early and resolving them early.

Monitoring the data is significantly important because it has the potential  to spot problems early and recover swiftly. The DevOps metrics are designed in a way that will determine the goals and expectations of your company. Using DevOps you can vouch for the right indicators, such as team velocity, success factors, unit cost, relevant profitability, total involved cost, and other development team challenges.

7. Make a Move to Microservices

Automation is a synonym to DevOps and thus makes it an inseparable part of DevOps development process as well as one of its best practices. To test the applications on regular intervals is a regular task for software developers. Efficiency is the key in this process and thus most of the business prefer doing it by manual testing methods. But when you use DevOps, the process gets a lot more simpler. With automation Testing in DevOps makes the Software development lifecycle  faster and effective. Automated Testing eliminates the need for testers to repeat routine test operations. They can spend considerable time devising novel test cases and collaborating with developers to avoid bugs.

Along with the Test Automation, one can also automate the entire DevOps Pipeline: code merge – build – configure – deploy – test – provision – release. In parallel, automation in performance monitoring tasks and infrastructure configuration management is also a productive approach.  This encourages developers to get the issues fixed early and improve overall product quality. Fortunately, there are plenty of automation tools and technologies to choose from, so the testing team can assess what works best for them and make a selection.

As we saw that everything is consistent when we use DevOps for businesses. Specifically when it comes to security, consistency plays a vital role. With DevOps, developers can have a strong backup in terms of security. The security tools are closely integrated with CI/CD pipeline and the controls of DevOps do not bother the agility and smoothness of DevOps. The intellectual properties are at a much safer place with machines that build using trusted and verified credentials. You can categorize them as per the priorities and then add a layer of security with different credentials. If you want, you can also build test scripts that contain the access rights for each category.

Continuous feedback is an iterative process followed by DevOps practitioners to ensure team members have track of all tasks they need to complete on time. This means that anything in the pipeline which is faulty will be quickly and timely communicated to the development, test and operation teams. It also means that the team members will get clear, on-time, build, integration, and test results as early as possible. All the development failures, performance, integration, build issues, and reported defects will be in a continuous loop and will be communicated timely to the product management team. This development sprint is created with the thought that the development team can now achieve speed with quality. Continuous feedback is one of the foundations of DevOps that allows for both- speed and quality.

The DevOps field as a whole focuses on improving inter-departmental communication and more significantly dispersing the workloads. Say for instance if we talk about the role of developers, they might include unit testing into their daily routines, while if there is DevOps in place then the sysadmins can separately fix some of the flaws detected during deployment process. The successful integration of DevOps within your company’s business operations enables:

These are some of the most evident benefits that an organization will get when they implement DevOps.

From this insightful blog on DevOps best practices, we hope you are now able to draw knowledgeable outcomes about DevOps. Your in-house DevOps engineers or engineers from third party companies- both take up complete responsibility of how to function together, consistently through constant monitoring, testing and feedback loops. Utilizing DevOps for your business will be beneficial if done correctly by understanding the idea and depth of DevOps, and teaching teams on how to implement it for your needs. 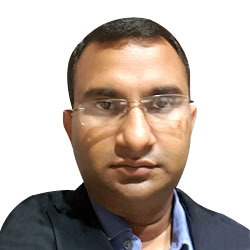 Kamal Sharma is a VP of TatvaSoft which is a custom software development company. He is an accomplished Business Strategist and Tech Visionary with wide-ranging experience in the technology sector. He leads the business operations of the company and creates vision & strategic goals for his colleagues.

Prev Post
How to Use Microsoft Forms?
Next Post
Why Use React?
Related Service
Custom Software Development 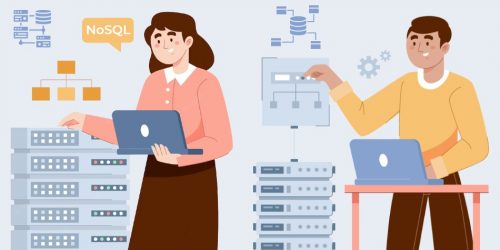 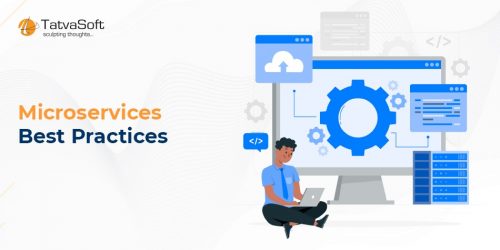 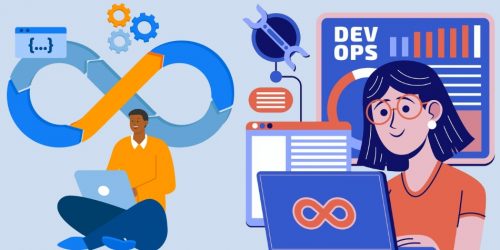