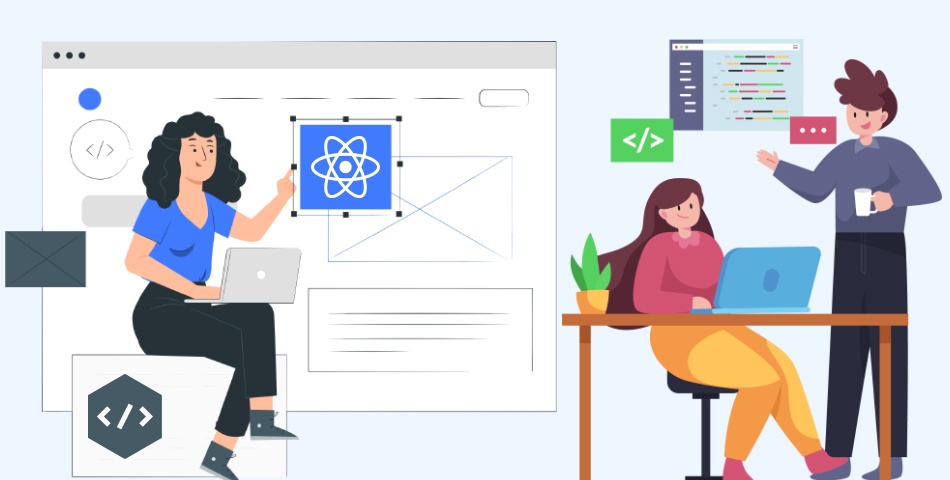 Why use React? Because ReactJs is one of the most widely used front-end JavaScript libraries for creating Web Applications. Around 8,000 businesses around the world have chosen React over other popular libraries and frameworks for building rich user interfaces. React is a Facebook-developed JavaScript package that was used to create Instagram, among other things. It is like a panacea for developers to build user interfaces for websites and apps swiftly. The virtual DOM is the core notion of ReactJs.

React has grown in popularity as a front-end web development tool among react development companies since it only requires a basic familiarity of HTML and JavaScript. In March, 2015, Facebook released React Native, an open source UI framework, to develop applications for android, iOS, mac, and other various OS. We’ll discover what ReactJs is and why React is better than other JavaScript frameworks in this Article.

The best fit for developing user interfaces is React, as it is a very declarative, fast, and flexible JavaScript library. It allows you to create complex user interfaces using “components,” or small, self-contained pieces of code. It controls the view layer in web applications. Despite the fact that React is more of a library than a language, it is frequently used in web development.

React is a novel technology when compared to previous available options. The JavaScript library was established in 2011 by Jordan Walke, a Facebook software engineer of the time. Frameworks like XHP, a simple HTML component framework for PHP, have influenced React. React was used in Facebook’s newsfeed in 2011 at the beginning.  It was later picked up by Instagram and used in their system. React evolved over time, and in May 2013, at JSConf US, Facebook chose to open source it.

ReactJS provides a smooth solution to some of front-end programming’s most vexing issues, making it simple to create dynamic, interactive web programmes. A strong development community exists that is quick, scalable, versatile, powerful, and rapidly growing. There’s never been a better time to learn React.

Nowadays, it is a challenge to find a platform that is simple to use, provides an optimized development interface, has clear abstractions and also renders virtual DOMs comparatively faster than other platforms. Not just this, but ReactJS, as a development platform, is capable of offering much more than usual. Hence, it is important to understand why you should consider using ReactJS for your next development project.

The developers have complete control over React JS. It can also be used to create SPA, and web  apps. You can include any number of external libraries and tools to create large and complex web applications.

Many JavaScript developers have swiftly adopted React, and it appears to be here to stay. ReactJS has a rich ecosystem that includes must-have tools like Redux or flux, as well as Node.js on the backend, all of which are available on NPM. Developers can construct states in the DOM using the scalable React architecture pattern, which makes it easy to break down and test React components.

For good reason, React’s popularity and usage are growing by the day. As a developer, coding in React improves your knowledge of JavaScript, a language that accounts for nearly 90% of web development today. Its functionality in effortlessly managing different frameworks gives it a considerable edge for those who desire some code flexibility.

The front-end development ecosystem is constantly evolving. New tools with so many frameworks and libraries are releasing day by day, making it hard for businessmen to rely on correct choices. React JS is second to none in web development all the way along. React provides cost effective, high performance, reusable wrapper components, and many other benefits for web application development.

Here are eight key reasons to use ReactJs for your next project; I guarantee you’ll discover more once you start using it.

Unlike Angular and Vue, learning React is like five-finger exercise, well of course on your keyboard! No wonder why, that’s a focal reason for React’s rapid adoption. It allows businesses to complete projects more quickly. React is more credible to be used by large firms as it is such a framework that is easy to get going with.

ReactJS provides developers with reusable components that they can use to create new applications. Reusability is like a developer’s miracle cure. This platform enables developers to reuse any react component created for another application that performs the same function. As a result, development effort is reduced while flawless performance is maintained.

One of the chief benefits of using React JS is that developers can reuse components as many times as they need to. Furthermore, changes made in one section of the application have no effect on other sections of the application. If you thought React was only for web development, you were dead wrong! Facebook has already developed  the React Native framework for creating mobile apps for both the Android and iOS platforms.

When developing a complex, high-load app, it is essential to define the structure of the app at the beginning as it can greatly influence the app’s performance. Simply put, As the DOM is tree-structured, even little changes at the root can cause major impacts on others. To solve this problem, Facebook has brought up a virtual DOM feature. Virtual DOM, which allows all modifications to be tested first for calculating risks. This approach contributes to app performance and a better user experience.

As you know, Success of every online business relies on how well your search engine is optimised. Another benefit of React js is that it can cope with a common search engine failure to comprehend JavaScript-heavy apps. React significantly reduces load time of websites, which helps businesses to lead on the top spot on Google’s Search Engine Result Page.

There are some of the frameworks that React possesses which improves SEO , one of them is NextJs. The rendering part of NextJs is moved to the server, removing the need for the client to process the data. Since the server pre-renders the pages before sending the final HTML to the client, there is less JS to load, which improves performance and SEO.

One of the main reasons to choose React for your project is a strong community behind it. A massive range of individual React developers contribute to creating a more robust frontend framework on a daily basis. React JS currently has around 189k stars on GitHub and around 38.9k active contributors. You can find a vast collection of React tutorials on Youtube and explanatory articles on the internet from professionals and experts.  For example, a Google search for “Free React tutorial” brings around 5 crore results. Besides this, React professionals solve doubts on Stack Overflow and Quora, so whenever you feel stuck while working on React , you know where to find solutions.

As shown in the above graph, there are clear results that use of React is continuously increasing, as the questions related to React are increasing. This graph shows the Stack Overflow Trends.

ReactJS lags behind one-way data binding. So that anyone can track all the changes made on particular portions of the data. This is often an illustration of its simplicity.

The virtual DOM(Document Object Model) is one of the most intriguing aspects of React. While creating an app with a lot of user interaction and data changes, you should think about how the structure of the app will affect speed. Extensive DOM manipulation can cause congestion in performance. Worse, As the DOM is tree-structured, even little changes at the root can cause major impacts on others.

A virtual DOM is used by React to solve this problem. This is a virtual version of the DOM, as the name implies. Any new view updates are made on the virtual DOM first, which is stored in memory rather than on your screen. It then finds the most efficient method of making these modifications, and only those changes are applied to the real DOM. This ensures that the real DOM is updated as quickly as possible, resulting in improved performance and a cleaner user experience overall.

React is a vast library for creating user interfaces, additionally it is supported by React Developer Tools which are browser extensions available for both Google Chrome and Mozilla Firefox.

The tools were created by Facebook and are constantly updated, with the most recent version being released on June 1, 2022. They have also been used by more than 3,000,000 people!

When you’re capable enough to understand and deploy React properly in a project, It can be very time and money efficient. You can use the  react library in the following cases.

React’s versatility makes it a good fit for practically any frontend project. Though, there are times when using ReactJs is not the best option. The following are some examples of cases:

5. ReactJS VS Other JavaScript Frameworks

There are numerous advantages of utilising React JS without a doubt. You should know when to leverage React professionally by now; there are illimitable possibilities.

React is a well-known JavaScript package that is adopted all around the world, as mentioned in the blog. Its features, cutting-edge functionalities  are ideal for developers searching for a simple to use and highly productive JavaScript framework. 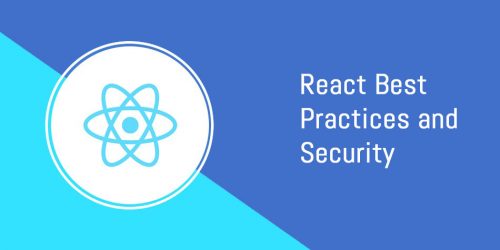 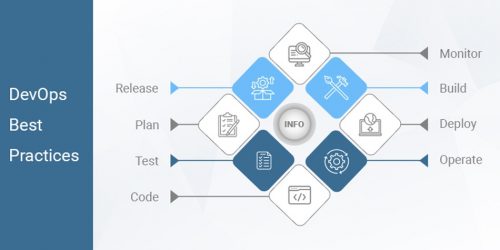 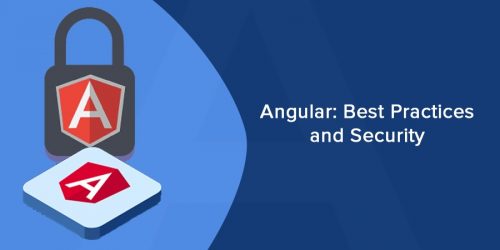