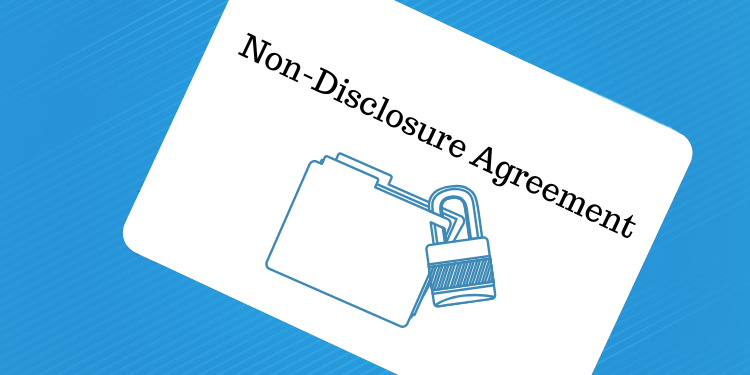 In this fast-paced world, every business wants to lead its domain by developing cutting-edge technology solutions. In the race of becoming the best of the breed, they partner with other businesses and help each other grow. These businesses are hitched with each other through a legal contract. In custom software development businesses these are called Non-Disclosure Agreements (NDA). Most of you must have heard about the Non-disclosure agreement and its clauses but may not be aware of its actual importance. Also, there are multiple businesses that are scared of the legal contracts and feel unsafe and ambiguous about NDA and legal contracts. But Non-disclosure agreement has the capability to offer a broad spectrum of benefits which businesses are unaware of and so to bust this myth we have created an insightful piece of information through this blog.

Let’s start with the fundamentals of the Non-disclosure Agreement.

What is a Non-Disclosure Agreement?

NDA’s are like a written roadmap which if properly drafted and communicated, can resolve most of the common disputes. NDA’s commonly come into the picture when two parties are into a business relationship starting for a software development project for a specific period or time. NDA allows businesses to safeguard their relationship without any fear of leaking or exposing or stealing confidential information, such as trade secrets. In case any party decides to breach the NDA by sharing confidential information the other party has all the rights under this act to seek legal recourse against the other party. Similarly, in the custom software development business, there are software development agreements signed to notify the conditions to be followed in agreement.

‘’Uni” means one way, so this is a one-way agreement where any one of the two parties can release it to a third party. Say, for instance, there are two parties involved in this process. One- The custom software development company and the other one is the recipient. If the recipient signs the document and agrees to keep data confidential without any data tampering then such type of pact is Unilateral NDA. Mostly, the type of agreement is preferred by freelancers and consultants.

A unilateral contract doesn’t come with validity until one party has completed the assigned task. Legal actions can be taken in case of any information being leaked and the other party isn’t ready to pay the agreed sum mentioned in NDA. In the case of custom software development, if the task was completed by the custom software company then the receiving party has to bear the amount decided in the NDA as an act of contract breach.

In cases of Mutual NDA, both or all the sides of the parties involved take a pledge and sign a contract where they agree to keep the information confidential. It is a fair deal between both parties and is responsible for preventing no future complications or disputes. It is a legal confidential document that enforces both parties to keep information secretive and cannot share the listed information in the agreement to any third party. This agreement also details the potential consequences, if the information is disclosed without the consent of both parties.

What should an NDA contract cover?

As we know, NDA is a unique agreement made between two parties mutually agreed on specific terms and conditions listed. It is a contract or a legalized document required to be signed by both parties with a guarantee of not disclosing any protected information to third parties. It creates a confidential pact between the two parties, and there is a list of information in the agreement that can be shared. This list can include several components that both parties would like to include and should be clearly defined.

Custom software development service is a complicated aspect where there is much confidential information involved. There can be multiple questions rising in your mind in reference to confidential materials. Questions such as

and many more such questions

To clear all these doubts, let’s get deeper with the content included in Confidential materials. Any information written or electronic, ideas, technical data or know-how, in any stages of development, and other materials that have been identified as confidential or are of a nature that the disclosing party would reasonably anticipate that their content would be treated as confidential by the receiving party shall be referred to herein as “Confidential Material.”

In every industry including the custom software development services, intellectual property rights is a vital aspect that can prevent chaos that can potentially occur. Who would own the information being shared?

There are 4 types of intellectual property rights

In a case where the IP is possessed by multiple parties then all the parties and their businesses must be registered on behalf of the company on a single platform, along with the names and authority to execute the NDA.

Is it just the superior management team- the leadership team who has the right to handle all the confidential information from either party? No, there are multiple users to this. This section contains all the refined information and names of people or groups who are involved in the project and can have access to the details.

Without providing any prior notice or taking consent, none of the parties has the right to assign or delegate any authorities to anyone. If there is a notice to such attempts then it shall be considered as null or void in effect from that very moment.

The prepared NDA must propose a definite duration that should be valid and enforceable. The standards of the custom software industry recommend up to two years of contract normally but this exceeds or shrank depending on the needs, technology and complexities.

The governing law in the agreement contemplated in accordance with the laws of the custom software development company without regard to any provisions of law conflicts.

The trade secrets of the organization have commercial value and hence it needs to be protected from getting leaked. Businesses protect this information using deemed confidential. These elaborated forms of information are included in NDA being accurately mentioned so as to block the business from any breach. In this segment, the companies can clearly mention which data is to be kept confidential and which is not. For any securing the potential disclosures, this section crisply states the vision of information without any ambiguity or glitches.

In particular, if we take verbal information into consideration, it will always give the other party an opportunity to leak the information and there can be confusion about what can be said and whatnot. Deemed confidential also refers to verbal information that has been confirmed by the disclosing party in writing with a notification that it cannot be disclosed and must be kept confidential.

Now that businesses know and understand the importance of Software agreements, it is equally important to highlight what benefits it offers to the businesses.

Now that every business wants to empower themselves with technology-enabled solutions, collaboration is must. In this blog, we have tried to put across all the potential aspects that will create ambiguity in the user’s mind or may no longer hesitate them in signing a legal contract. NDA comes with a broad spectrum of advantages that will help them develop new business strategies, build new avenues and accelerate growth. So why not harness the power of the insights available in the blog and collaborate with businesses seamlessly.

Importance of the Software Agreement in Custom Software Development Outsourcing

How to Choose a Vendor for Custom Software Development