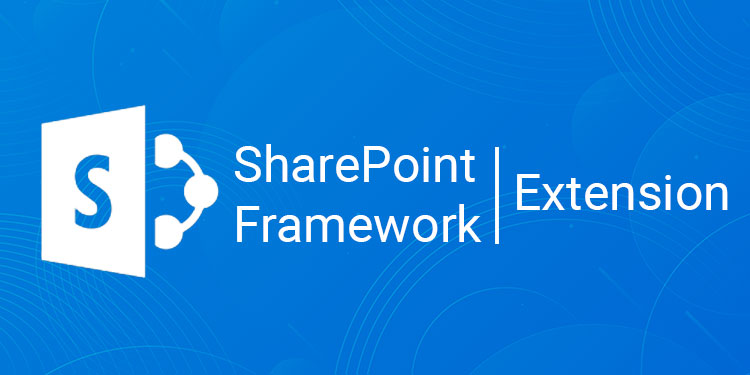 In the last blog of this SharePoint Framework series, our SharePoint Development team talked about the Field Customizer extension. This blog is the last one in this series in which we are going to create, debug, and deploy the ListView Command Set extension. SharePoint provides many of the OOTB commands available in the lists and libraries. But there can be some business requirements that require the custom commands to be developed. The ListView Command Set extensions help meet the requirement for provisioning the custom commands for lists or libraries.

The ListView Command Sets can be installed at both site level and tenant-level allowing users to select the availability of the commands to specific sites or all the sites of a tenant.

If you are a SharePoint developer and want to deploy a custom ListView Command Set extension., let’s dive into it in more detail.

In order to debug the extension, it is required to modify the serve.json file. Before moving forward, please refer to the debugging of an extension in our previous blog on Field Customizer.

Note:We have used the sp-pnp-js for inserting the details into the lists. So, to make use of the above code, it is required to install the npm package for sp-pnp-js. For more information, refer to the below URL.

3. Icons for the Commands

There are multiple tools available online to convert the images to base-64 code.

Note: The command set uses base-64 code in an <img> tag. So, the format for the base-64 code must be as per the below.

The ListView Command Set extension helps to build custom commands with ease. It provides the level of customization from selecting the Icons to selecting the location for the commands. The custom icons help to have the commands a unique look and feel. SharePoint development companies can make the most out of this extension as per their requirements.